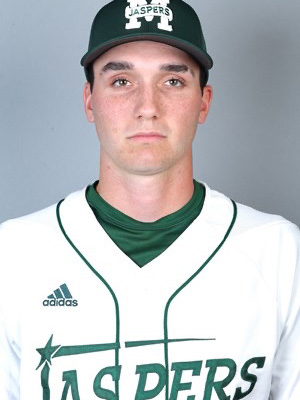 Coach Anthony Rocchietti is a 2015 graduate of Watchung Hills High School in Warren, New Jersey. Coach Ant was a three (3) Varsity Letter winner in both baseball and basketball. He was Captain of the baseball team his senior year. In 2015, Coach Ant was named 1st Team All Somerset County, Courier News 1st Team All Area, 1st Team All Skyland Conference, 2nd Team Star Ledger All Group 4 and Honorable mention MSG Network All State in Baseball, on a team that was runner-up in the Somerset County Baseball Tourney. Trained as a catcher, Coach Rocchietti went on to play Third Base and Short Stop in high school and college. In Basketball, Rocchietti was named 1st Team All County and 1st Team All Conference in 2015. In just 2 years as a Varsity starter, Coach Anthony scored over 650 points in hoops.

Coach Rocchietti went on to play Baseball at Division 1 Manhattan College where he was a 2 year starter at third base and short stop. As a freshman he preserved a victory for his pitcher brother, Joey, by hitting a late inning home run to break a tie score against Fairfield in MAAC Conference play. Rocchietti later transferred to Ramapo College and ended his playing career. Coach Rocchietti graduated Ramapo College in 2020 with a BS in Business Administration; concentration in Management.

In early 2020, Coach Rocchietti was named the Freshman Baseball Coach at Watchung Hills Regional for this upcoming season. In addition, he has been a Volunteer Varsity Assistant Coach on the top 10 ranked 2019-2020 Watchung Hills basketball team.

Coach Rocchietti will bring a wealth of experience and passion to the Rising Rebel program. He looks forward to helping his team find and reach their goals as players and young men.