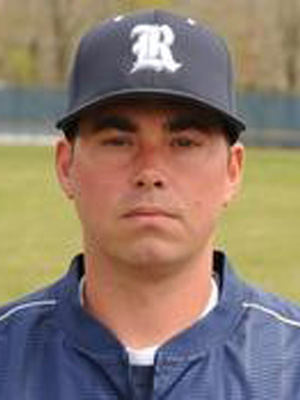 Coach Doug Anderson serves as the Delbarton varsity team’s assistant coach and Head Hitting coach. Joining the staff in 2019, Coach Anderson made a vital impact to the Green Wave offense, as Delbarton won the 2019 Non-Public A state championship. The Green Wave was also named 2019 NJ baseball team of the year, as well as finishing with a ranking as the #1 ranked HS baseball team in NJ. Anderson is the only Delbarton baseball alum to ever win a state championship both as player and as a coach. (2002, 2019)

Doug Anderson was hired as the Randolph HS Baseball Head Coach in 2015. He inherited a 10-15-1 ball club from 2014. Since taking over the reigns in 2015, Anderson's teams have compiled an overall record of 50-31 in three seasons (2015: 15-15, 2016: 15-10, 2017: 20-6). In just three seasons, there have been many notable accomplishments for the program and Anderson during his time there. In 2015, When the smoke cleared Randolph (15-15) had won a North 1 Group 4 State Sectional title, Doug Anderson was named NJAC Coach of the year, and the 2015 Randolph Rams Baseball team also won the NJAC team sportsmanship award. In 2016, the Randolph Rams won their divison for the first time in 4 years dethroning three year defending champion Roxbury HS and finishing with a 15-10 record overall (6-2 division). The Rams were also runner ups in the controversial and wild 2016 Morris County Tornament Final. In 2017, Randolph (20-6) lost in the North 1 Group 4 State Sectional final. For the second year in a row, the Rams reached the Morris County Tornament Final and had a heartbreaking 9 inning 6-5 loss to Delbarton (#1 in the state). The Rams were ranked for most of the season in the NJ TOP 20 of the state. They also had some notable wins over Seton Hall Prep (#2 in the state) and Hunterdon Central (#4 in the state). Doug’s four year overall record at Randolph finished at 62-40.

Prior to Randolph, Anderson had coached at many different levels and circuits for 9 years. Anderson has coached club baseball, American Legion, high school, and at the college level in the Atlantic Collegiate Baseball League (ACBL). In 2016, Anderson become owner/operator, GM, and head coach of the Randolph Chiefs which was a first year franchise in the MCBL. The Chiefs finished the regular season in first place with a league best record of 21-9. The Chiefs then went onto the league playoffs where they captured the MCBL Championship in the leagues inaugural season. Anderson was also named head coach of the National league team in the 2016 MCBL All-Star game, which is a prestigious honor. In 2017, the Randolph Chiefs for the second consecutive year in a row finished the regular season in first place with a 17-7 record, but lost in the semi finals of the playoffs. In four seasons, Anderson's overall record with the Chiefs is 72-39 and is the only franchise in the MCBL to make the playoffs in all four of its years.

Anderson comes from a baseball family and is the oldest of 4 sons who all played Division 1 baseball (Doug-Fairfield, Kenny-Marist, DJ-Rutgers, Jeff- Rutgers). His father Dennis Anderson, was a legendary Little League Coach who was also responsible for building Randolph Little League into a state powerhouse for two decades starting in the early 1990’s. Doug’s three younger brothers also attended Delbarton HS where they all shined as 3-year starters on the baseball team just as Doug did. In 2002 at Delbarton, Anderson as senior captain and the starting shortstop won the Parochial A State championship and Delbarton finished the season as the #1 ranked team in the state of NJ.

Doug went on to have a brilliant college career at Fairfield University. Anderson was a 4 year starter at shortstop for Fairfield. In 2005, his junior season, Anderson was a 1st team All Conference selection at Shortstop (1st team All-MAAC). Doug also finished 4th All-time on the career hits list at Fairfield University. One of Anderson’s proudest playing accomplishments is that in his college career, which included summer baseball, Anderson started at Shortstop for 304 games out of a possible 306 games.

In the summers while in college, Anderson played in the Cape Cod League (Falmouth Commodores, 2003), AABCL (Monmouth Monarchs, 2003), and ACBL (Jersey Pilots, 2004, and 2005). In his respective summer leagues, Anderson was selected to his leagues All-Star game every season at shortstop. ( 2003 AABCL All-Star, 2004 and 2005 ACBL All- Star). Also, in the summer of 2004 Anderson was ranked by Baseball America as Top 10 Professional Prospect in the ACBL.

Professionally, Anderson played one season with the New Jersey Jackals in the CAN-AM league during the 2007 season. Doug has been giving baseball instruction and coaching ever since while working.