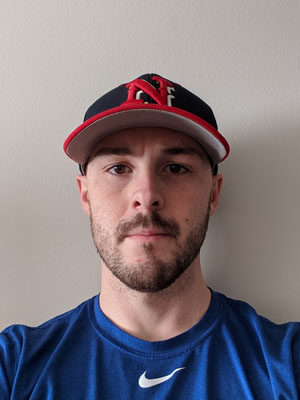 Coach Eric Hauer played collegiately at Division III Wilkes University for two years where he was a two-way player, both pitching and playing the outfield. Upon graduating from Wilkes, Coach Hauer was presented with an opportunity to become an assistant coach of the Junior High team at Greater Nanticoke Area. After coming in mid-season with the team carrying a 1-4 record, Hauer helped the team to finish the season going 7-1 losing in the conference championship game and finishing with an overall record of 8-5.

Hauer has always had the passion to coach and help young athletes become not only better players, but also better people. He plans to instill discipline and fundamentals as well as advanced mechanics during hitting, pitching, and outfield instruction.