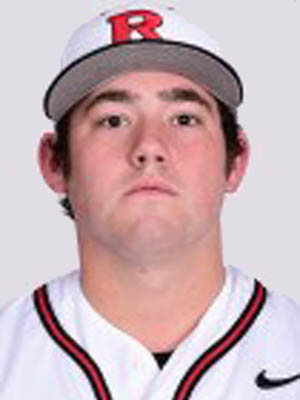 Coach Jeff Anderson, youngest brother of Coach Doug Anderson, will serve as an integral piece to the Rising Rebels coaching staff. Coach Anderson recently graduated Rutgers University with a grade point average of 3.1. He has started his coaching career through the organization of winter baseball workouts for Randolph High School over the last three years.

From there, Coach Anderson went on to play baseball at Rutgers University where he was a two-year letter winner. During his college career, he played summer baseball for the New Jersey Pilots (ACBL 2014) and the Wachusett Dirt Dawgs (Futures Collegiate Baseball League 2015). In addition to his baseball accolades, Coach Anderson has a great understanding of what it takes to become a successful student-athlete. During his sophomore year at Rutgers, he was named to the Dean’s Honors List and was named to the All-Academic Big Ten Team.

Coach Anderson comes from a baseball family where he and his three older brothers all went on to play Division 1 baseball. Coach Anderson is a great motivator and has a passion for the game. He works very hard to help his players develop and become not only the best baseball players they possibly can, but also wants them to excel in the classroom.