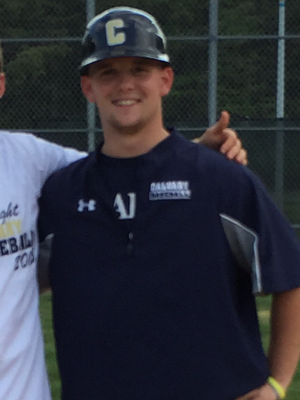 Coach Purves is an Assistant Coach for the New Jersey Rising Rebels and will use his varsity coaching experience to teach technical skills and strategic game play.

As the Head Varsity Coach at Calvary Christian School, a NJSIAA school in Old Bridge, NJ, Coach Purves led his team to back-to-back state tournament berths and an impressive 20 win season in 2015. A successful high school player himself, Coach Purves was a starter at Christian Brothers Academy and won two Public A South Sectional Championships and a Non Public A State Championship in 2009. He also won three State Championships, played in the Junior and Senior League World Series and had a successful run at the Little League World Series.

A versatile infielder, Coach Purves decided to pursue a walk-on opportunity at Division I baseball at La Salle University in Philadelphia, PA while earning a degree in Business Marketing. He has run numerous baseball camps throughout New Jersey and currently works as an Insurance Underwriter in addition to his coaching position. Coach Purves’ talent, experience and connections to coaches throughout New Jersey will be an important asset to the Rising Rebels.