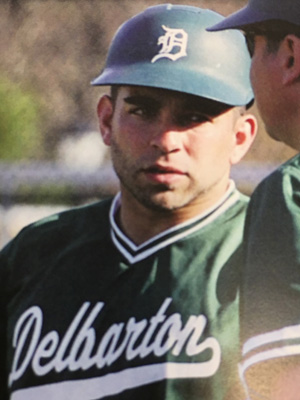 Coach Negrin is the Program Director and Head Coach of the New Jersey Rising Rebels.
Coach Negrin is in his 7th season as a Varsity Baseball Coach at Delbarton School under long-time Baseball and Hockey Coach, Bruce Shatel. Coach Negrin has been integral in teaching outfield play, base running strategy and technique, as well as advanced analytics for the club. Over the past three seasons, the Delbarton Green Wave have appeared in the state final, winning the Non-Public North A championship, while winning the state championship in 2017 and 2019.

An aggressive outfielder, Coach Negrin earned the opportunity to play Division I baseball in the Atlantic-10 program at LaSalle University in Philadelphia, PA. During his freshman campaign he hit .374 overall and .455 in Atlantic-10 play getting him named to the Atlantic-10 Conference All Rookie team. With a career batting average of .335, he started over 125 times, played over 150 games and helped the Explorers reach their conference tournament twice in his 4 years. During the summer of 2011, Coach Negrin received a temporary contract to play in the Cape Cod Baseball League for the Orleans Firebirds. Coach Negrin was also the recipient of a scholarship to the prestigious Regis High School in New York City where he was named to the Daily News All-City Baseball Team upon graduation.

Coach Negrin knows what it means to be a scholar-athlete. He is an English teacher at Delbarton School in Morristown, NJ and is known for his talent in motivating and bringing out the best in each of his students. He serves on the Delbarton Admissions Committee and runs the Diversity Among Peers group as the school’s Diversity Coordinator, as well as coaching Middle School basketball. His commitment to developing a player’s physical, intellectual and competitive abilities is demonstrated in his everyday actions both in the classroom and on the field.